Inspired by Antoine de Saint-Exupéry’s novel ‘Le Petit Prince,’ we created Roger and his tiny planet to explore and visualize the functionality of BOSCH sensors, which are normally hidden in mobile phones, household devices, for instance. Breathing on the sensor for example makes it rain on Roger’s planet due to the increased humidity, lifting the sensor makes him fly. Users of this trade show and showroom demo are invited to explore the planet with Roger, playfully introducing them to the wealth of functionality, accompanied by Roger’s ideas and emotions. 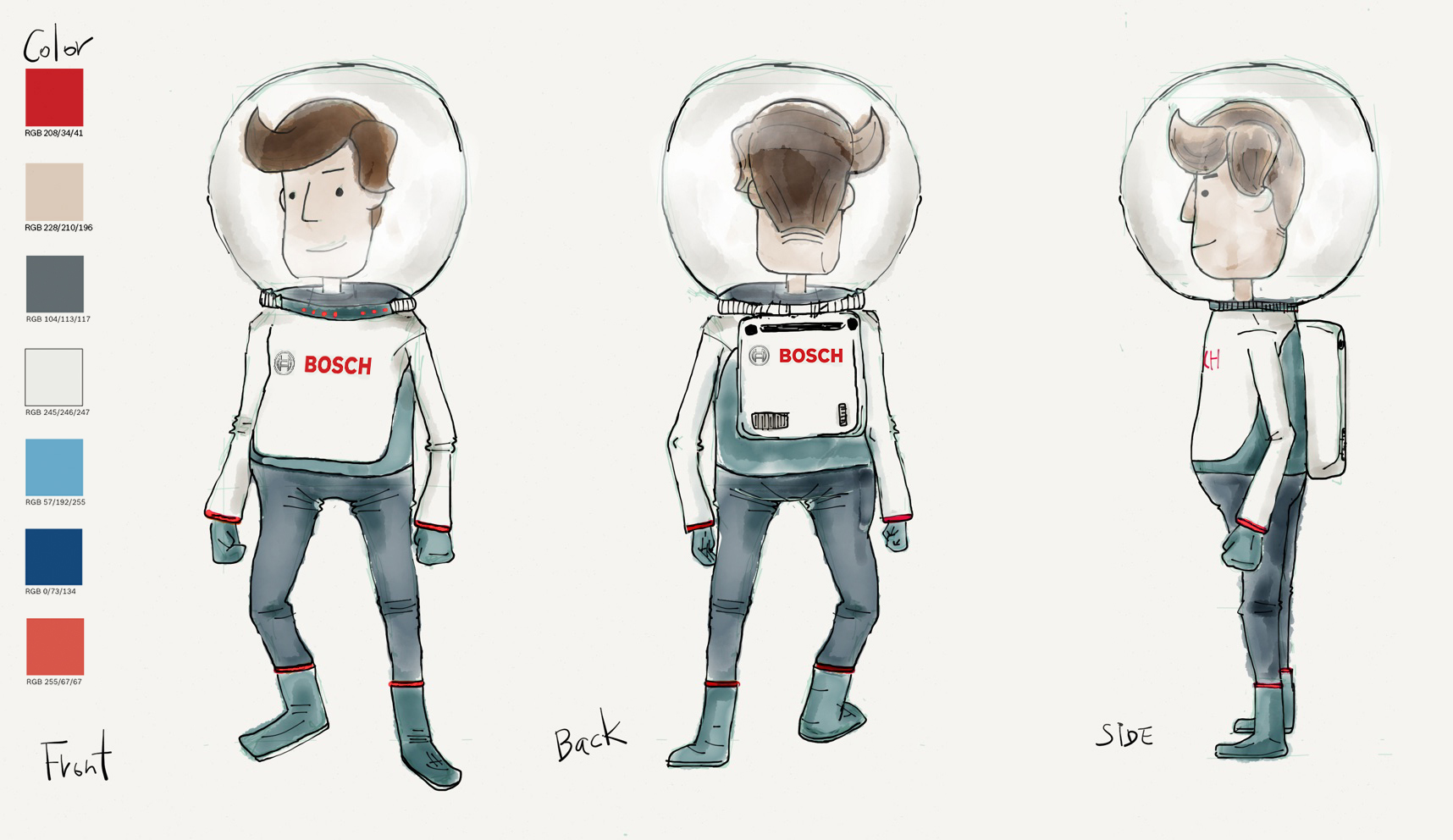 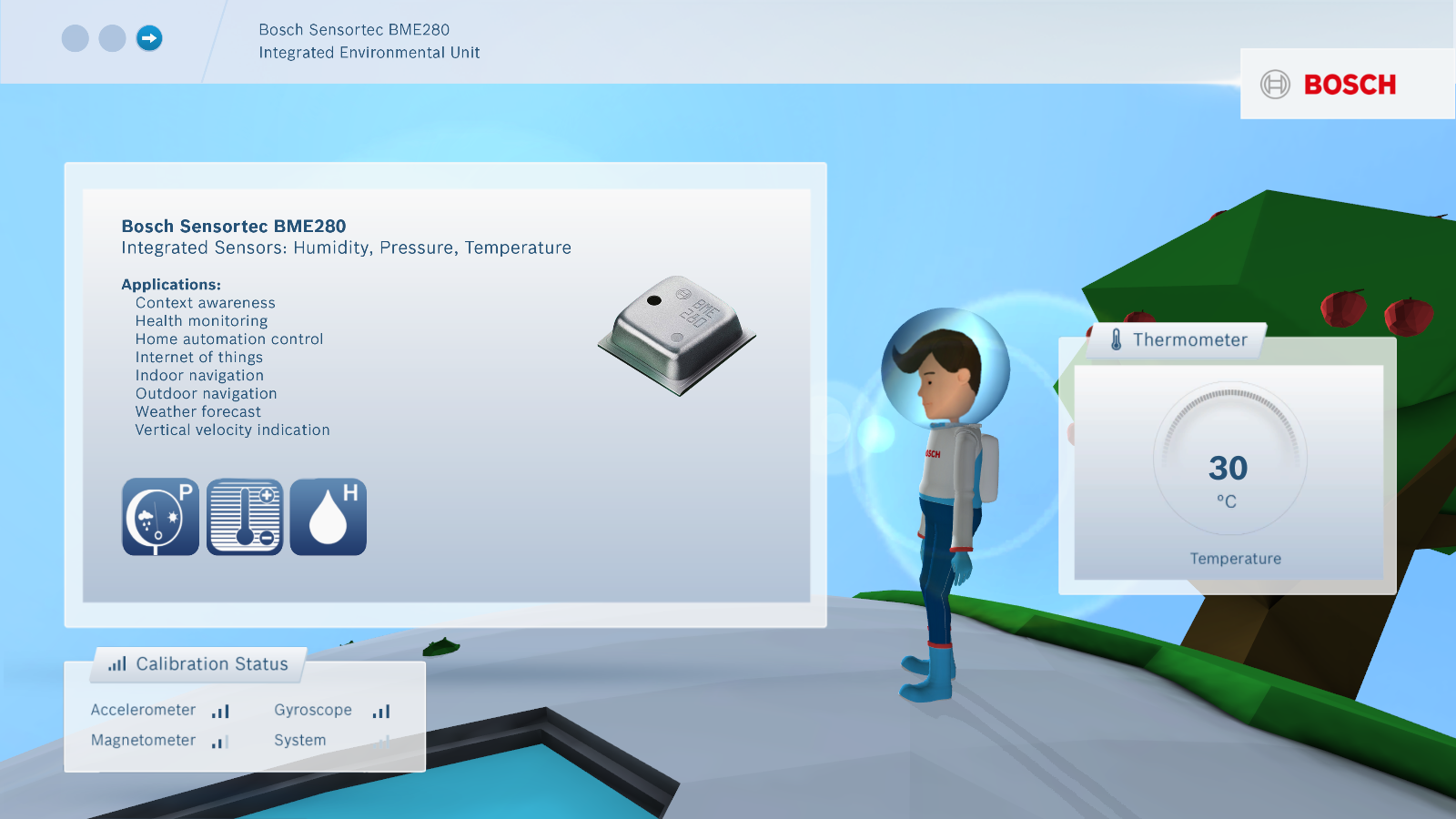 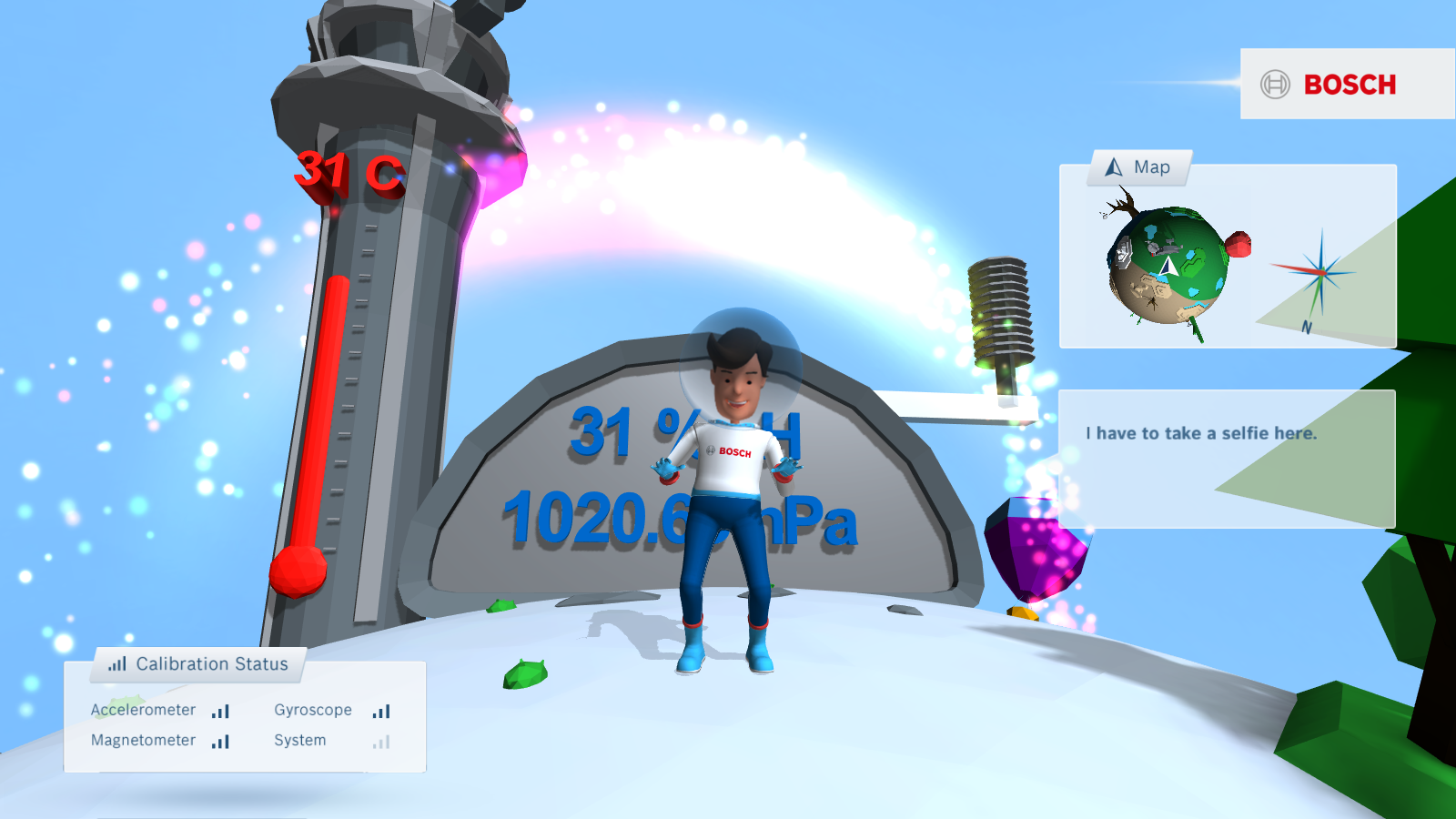 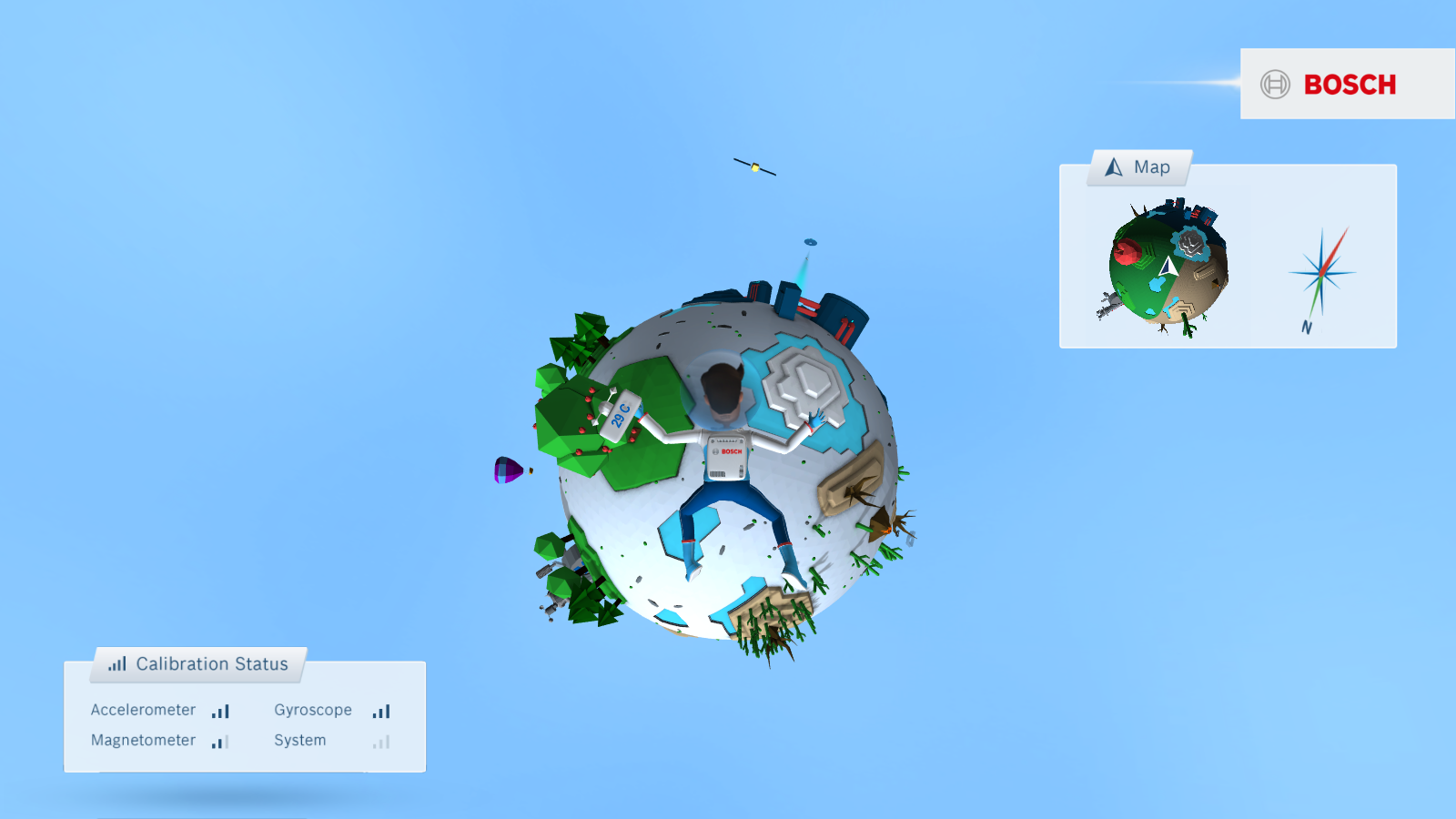 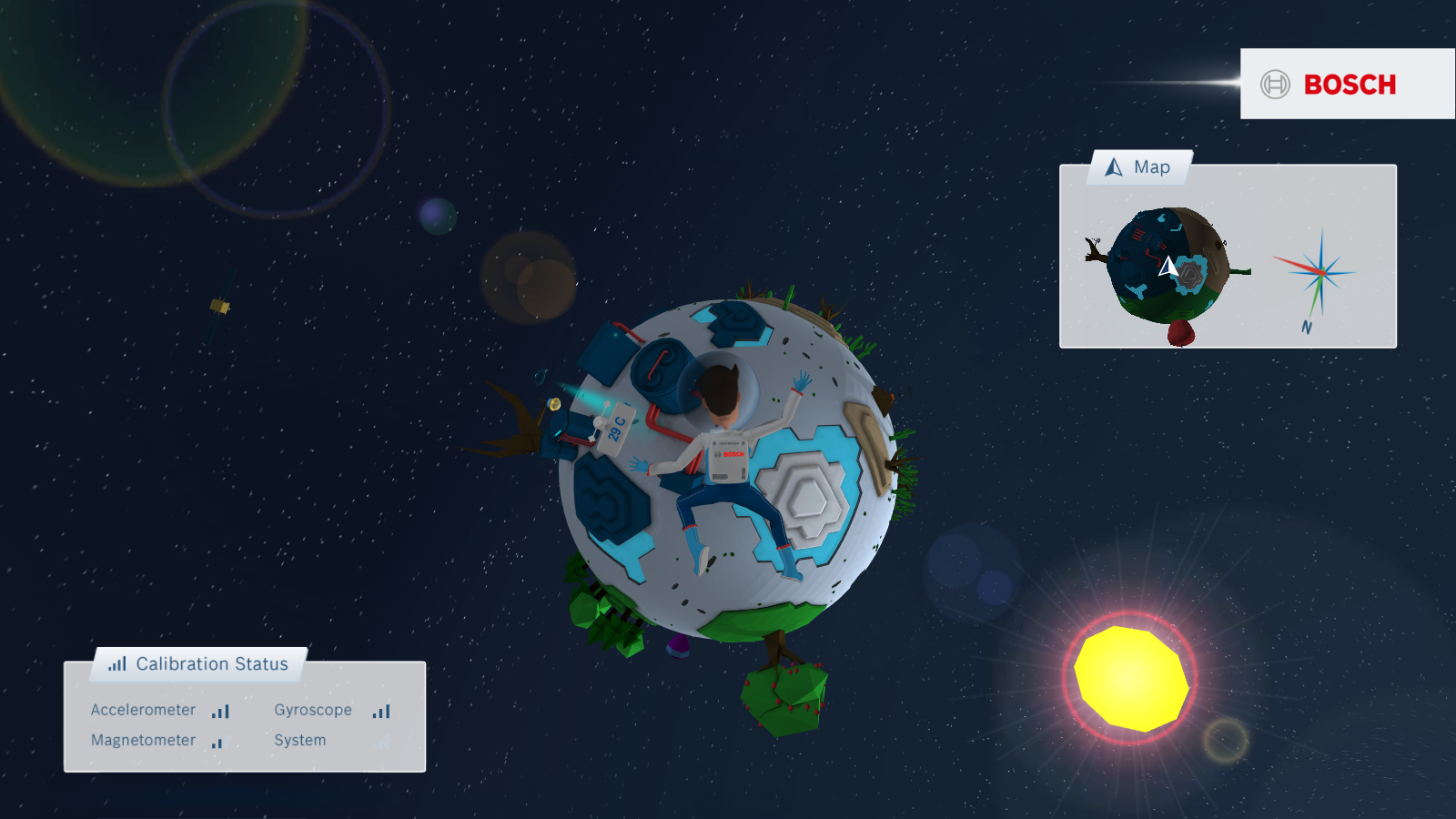 „Grown-ups never understand anything by themselves, and it is tiresome for children to be always and forever explaining things to them”